The valley transforms itself in the winter, as thick white snow provides the perfect environment for skiing. Some of the best pistes in the Dolomites are nearby, catering for all level of proficiency. A bus and train service is available for those wishing to ski at the “Kronplatz”. A cross country skiing track – which extends for a length of 42 km – the perfect answer to your winter dreams. An insider tip for Nordic skiing enthusiasts Valle di Casies. The winter landscape is like a dream: the trail runs through snow-blanketed fields and romantic snowy forests, passing picturesque farmhouses and inns where you can stop for a hot tea, mulled wine, or even a light meal.

For ski touring enthusiasts, our valley is a true paradise. The entire winter season offers beautiful ski tours, but also corn snow tours are possible well into spring. The best way to go on ski tours is with a local alpine guide. We will be happy to contact one for you. Do not miss the annual Sun Ski Touring Weeks, starting from the month of March. From Monday to Friday, there is something for everyone: from the leisurely entry trail for beginners at the Casies valley  to the famous but sophisticated Dolomites.

Leave your car behind and travel by bus and train! In the winter season the Premium HolidayPass Card entitles you to the free and unrestricted use of the ski buses in the Val Pusteria and the Val Badia valleys, as well as all public buses and regional trains in South Tyrol. The pass is included in the price for your accommodation. 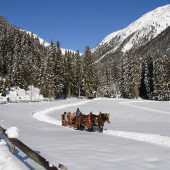 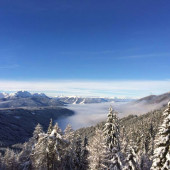 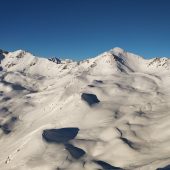 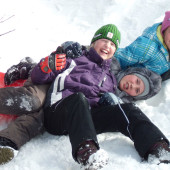 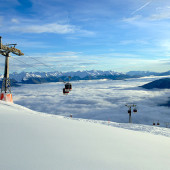 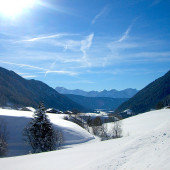 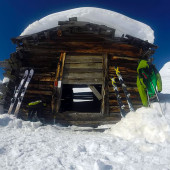 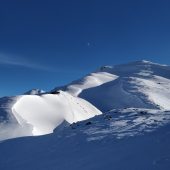 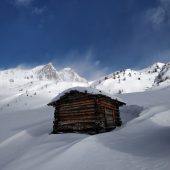 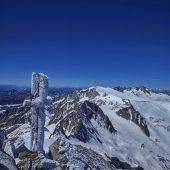 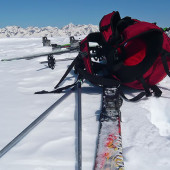 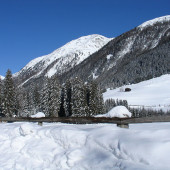 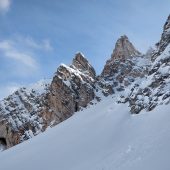 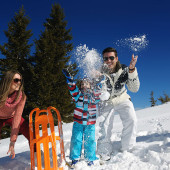 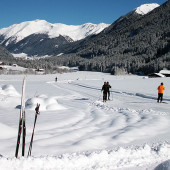 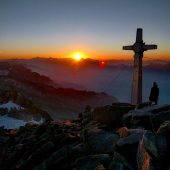 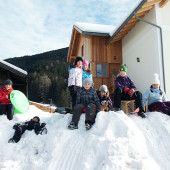 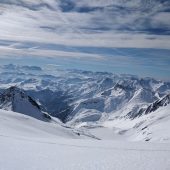 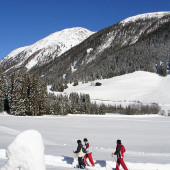 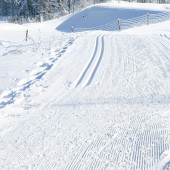 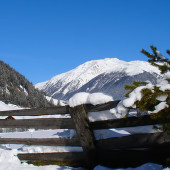 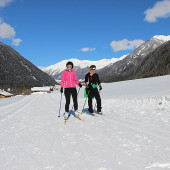 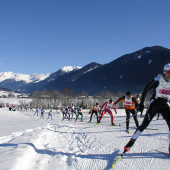 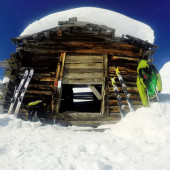 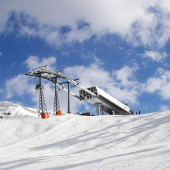 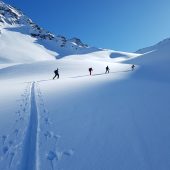 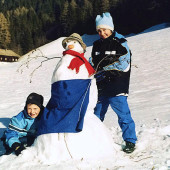 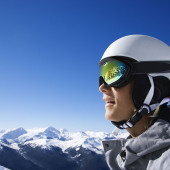 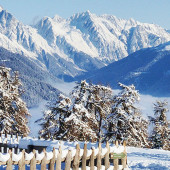 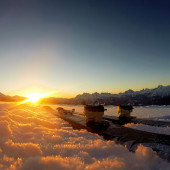 Kronplatz, after which the whole holiday region Kronplatz is named, is the best known of the three ski resorts. It  towers over  the middle of the Pustertal. Modernity, perfectly primed slopes, variety and a direct access through the railway system: Kronplatz  is the ski mountain number 1  in South Tyrol and  a beloved and well known resort over  all Europe. Kronplatz is part of the Dolomiti Superski ski carousel. Dolomiti Superski ski passes are valid on Kronplatz ski lifts.

One of the most beautiful panoramic lookout points of the Pustertal Valley Kronplatz is an ideal hiking destination for everyone: “Float” to the top of Mount Kronplatz in a state-of-the-art cable car and be inspired by the unique peak plateau.